Double delight for the Kings on opening day 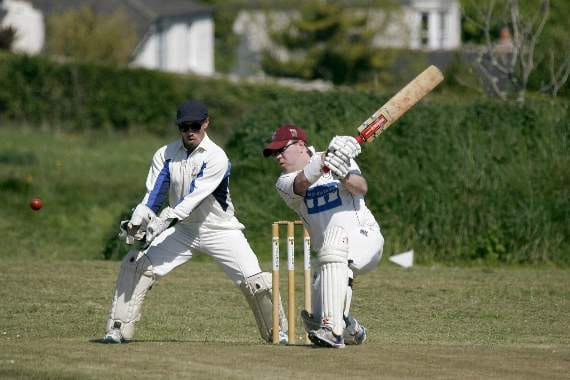 The first league game of the season saw the first XI travel to play Bovey seconds.

A fantastic day saw Kings lose the toss and be asked to bowl, sporting their new shirts kindly sponsored by Maha-bharat.

On essentially a slow but true pitch, Bovey got off to a solid start. Sam Rhymes opened the bowling on his first team debut and had little luck. Peach struck on 49 before three wickets fell on 79, one to De Silva and two to Carr.

Kingsbridge started well, with Ford and Ford putting on 56 before Spike fell for 22 to a fantastic catch. Freddie followed soon after for 20 as batsmen got in and then out. Two wickets fell in the 90s but Chirag Appa played a solid knock anchoring the innings. He and Pike steadied the ship before two more quick wickets in the 130s left Kings 135 for 6.

Skipper De Silva saw his team home with 18 not out, Appa finishing on an unbeaten 38, for what was a good performance and win for the first game.The second XI, meanwhile, lost the toss at home to Brixham but posted 228-5, James Ellis hitting 72 and Clive Clark 56, before dismissing Brixham for 120 to record a 108-run victory. Mark Edmonds led the way with the ball, taking 4-32, backed up by Olly Robinson with 3-29, Clive Clark with 2-28 and Ben Baldry with 1-28.