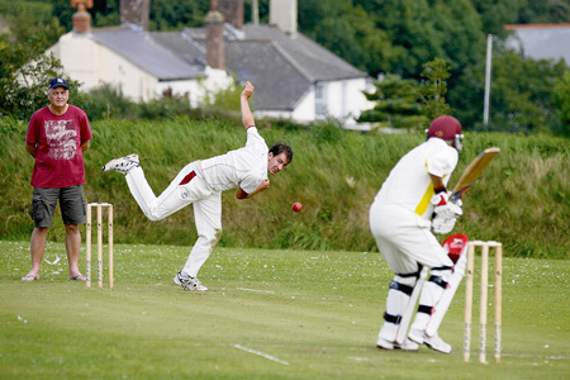 Kingsbridge first XI travelled to Roborough to play Plymouth Civil Service and Roborough last weekend with changes yet again to the side which has done so well in the second half of the season.

In came second-team youngsters Aaron Chandler and Olly Robinson, who both have worked hard on their games this year.

Upon losing the toss, skipper De Silva and his side were invited to bat on a wicket notorious for being a bit lively.

In came Dorey, who looked good before being out for nine caught and bowled. In the meantime Westlake was enjoying himself, depositing the loose ball to and over the boundary rope.

And with the teams score on just 61-4, Westlake brought up his half-century, this being the eighth time this season he’s made a score of 50 or over. But with the score on 65 Westlake was caught in the covers for an ag­gressive 55.

What followed was not pretty, Kings eventually being bowled out for just 103, with the only other real resistance with the bat coming from Will Pike (17) and new man Chand­ler, who looked good with his hard work this season paying off.

After tea Kings knew they would need a lively start to have a chance of getting a win.

In the event that was exactly what happened, with opening bowler Rosewarne clean bowling the hard-hitting Gaylard in the first over.

This was just the start that was needed and in the next over there was another wicket, with this time Westlake finding himself opening the bowling in the absence of veteran Peach.

And he had Sanders out caught close in by Chandler for a duck, but this was as good as it got for Kings, with Westlake unlucky not to pick up a second wicket when he had the in-form Rob Gaylard dropped in the slips.

Bowling changes were made in the hunt for more wickets, but loose bowling and poor discipline from the Kings attack didn’t do them any favours as Plymouth reached the 104 target just two wickets down.

Kingsbridge 1st XI will now finish their season in mid table with one game to play against relegation candidates Yelverton at home this weekend.