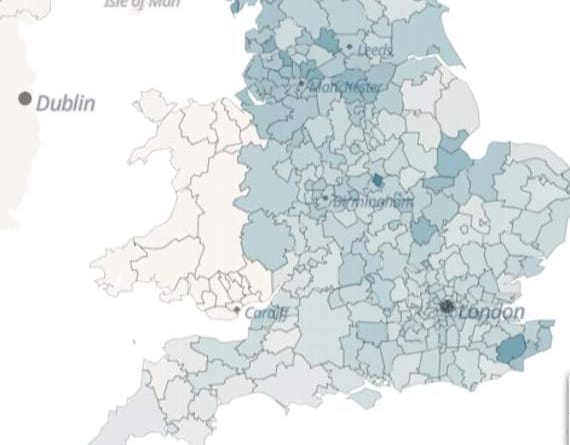 The South Hams has recorded no new cases of COVID-19 in the past week, data from the Office of National Statistics shows.

Across Devon as a whole cases continue to fall, though in neighbouring Cornwall numbers are on the rise, increasing to 19 from 10 on the previous week’s figures.

It means an average of 5.88 cases a day across the two counties are being confirmed, compared to 4.57 last week.

Of the 41 new cases, 25 of them across the region have occurred by specimen date in the last seven days since July 24, with the remaining 16 having occurred in the previous seven-day period.

In Cornwall, 13 cases by specimen date have occurred since July 24, with three in Plymouth, two in Torbay, and seven in Devon.

Across the Devon County Council area, of the 12 cases, three were confirmed in East Devon, four in Exeter, three in North Devon, one in Torridge, and one in Teignbridge, with no cases in Mid Devon, West Devon or the South Hams.

Dr Virginia Pearson, Director of Public Health for Devon, said: “While the Southwest R value is an important estimate of ongoing transmission, it covers a huge geographical area from the Isles of Scilly to Bristol and taken on its own does not show the rate of growth of coronavirus infections or accurately reflect what is happening in Devon. Devon cases remain very low with seven new cases recorded in the last week.

“While there have been hotspots in other parts of the region COVID-19 cases in Devon remain very low, with Devon’s district council areas accounting for four of the lowest five ‘lower tier local authorities’ in England for confirmed coronavirus cases, making Devon one of the lowest ranking areas of the country for coronavirus cases.

“And Devon’s infection rate is the second lowest of more than 150 ‘upper tier’ councils in England. “This is in part thanks to our residents following national guidance on staying home, social distancing, handwashing and wearing facemasks. We need to keep that up.”

Torridge has also had the fewest number of cases of any of the districts, with West Devon second, and the South Hams and North Devon also in the bottom five.