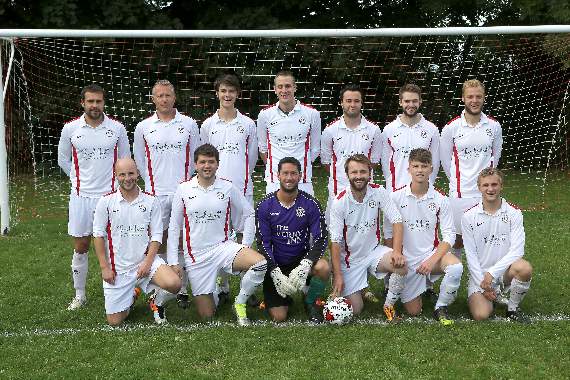 Salcombe’s unbeaten run finally came to an end at Kingsteignton on Saturday and despite having created enough chances to win the game, defensive errors cost Town dearly.

The game started positively, with Charlie Barnes and Ashley Yeoman looking lively up front and Kieran Stallard clipping the crossbar from a free kick. Kingsteignton were creating chances of their own and took the lead midway through the half following a quick break down the right. Salcombe looked to get an early equaliser, but it was Kingsteignton who went further ahead on the half-hour mark with a well-taken shot from the edge of the penalty area. Town pulled one back just before half time when Ollie Stallard gave the ’keeper no chance with a superb long-distance effort.

Salcombe were forced into a change at half time, with Luke Milton, who had suffered a back injury, having to go off. With Nick Bonnet coming on up front Ollie Stallard had to drop back into an unfamiliar defensive role.

Salcombe started on the front foot and Bonnet was soon in the right place to turn in Yeoman’s low cross, giving Town a deserved equaliser.

It now looked like there would be only one winner; Barnes was causing the home defence problems but with little protection on offer from the referee several fouls went unpunished, including a couple of penalty shouts.

However, the game swung again when Kingsteignton were awarded a free kick some way out. There looked little danger but a high ball caught the Salcombe ’keeper in no man’s land to restore Kingsteignton’s lead.

Town found themselves two goals behind again shortly afterwards afterwards when a home forward netted a stunning volley from a corner, giving the ’keeper no chance.

Salcombe now had to push forward again to try and drag themselves back into the game and pulled a goal back when Matt Thorn was played in down the left to slot past the ’keeper. Town now pushed forward in search of the equaliser but were undone again when a defensive mix-up gave the Kingsteignton forward a clear sight of goal to put the home side two goals ahead for the third time.

This took the wind out of Salcombe’s sails and despite further chances were unable to add to their tally and in the end the better side won.

Town will look to get back to winning ways on Saturday when they entertain Waldon Athletic reserves in a 2.30pm kick-off at The Berry.

Salcombe would like to thank match, and long-standing, sponsors Toad Hall Cottages.