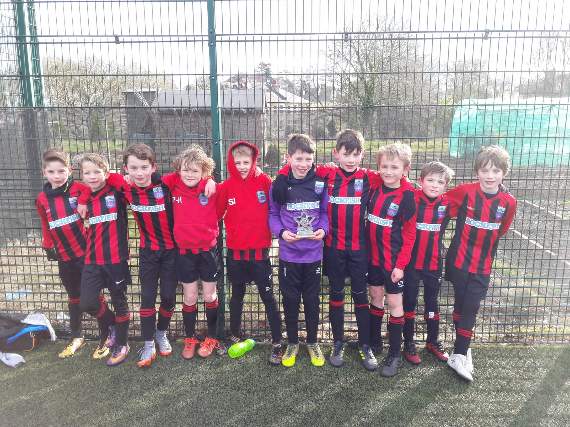 The KM boys spared no effort in their cup quarter-final

KM United under 10s were in Torbay against Galmpton FC this Sunday in the quarter-finals of the Under 10s Cup.

Away from home against one of the best teams in the area, the boys knew that they would have to play out of their skins to have a hope of getting through to the next round.

The game started as it meant to go on, with great tackles and strong defence from the off.

Goalkeeper George was kept on his toes throughout the first two quarters, with attack after attack being brushed off by defenders Leo, Jack, Harry, Rian, and midfielder Billy.

On the break the forwards of Ethan, Louis, Sam Callum used some great passing to advance KM’s cause.

The boys worked hard against constant pressure and their great teamwork paid off in the third quarter with some quick thinking from Louis to Billy resulting in a goal.

Unfortunately, the boys will not go through to the semi-finals, but because of their solid defending and their ‘give it their all’ mentality, all the players were voted joint men of the match.