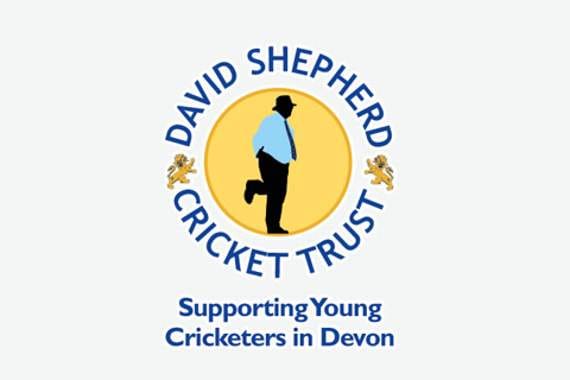 The new secretary of the David Shepherd Cricket Trust has urged clubs in the South Hams and Teignbridge to take advantage of the charity’s grant programme.

Grants are available for youth coaching and coaching development, but not capital equipment such as kit or bowling machines. As much as £20,000 has been paid in in grants in previous years.

Kingsbridge are among the clubs who have benefited from a youth coaching grant from the David Shepherd Cricket Trust.

Kat Hampton, who recently took over from Richard Wyatt-Haines, said clubs have been slow to get grant applications in this winter.

“With the new season not that far away now, clubs will be getting their indoor practice under way soon,” said Hampton. “The David Shepherd Cricket Trust exists to encourage the development of young cricketers – boys and girls – and any clubs looking for help with coaching expenses should get in touch with us.”

Grant applications can be made via the Trust website, which is www.dsct111.org.uk.

The charity remembers former North Devon CC cricketer David Shepherd, whose Instow home was just a six-hit away from the club’s ground in the Sandhills.

After a career playing for Devon and Gloucestershire, Shepherd found world-wide fame as a Test match umpire. He died in 2009.

Hampton was the business manager at Heathcoat CC until the end of last months. She hopes to put the skills honed during her time at the club to good use for the DSCT. “Working for Heathcoat has taught me how cricket clubs work and how important it is to have a youth set-up,” she said.

Hampton, who is 29, has taken over as secretary from Richard Wyatt-Haines, who was the formation secretary of the cricket charity in 2013 when two previous organisations merged.

Wyatt-Haines’ connection with fund-raising for youth cricket in Devon dates back to June 2010. One of the previous youth charities was set up with encouragement from Devon youth coach Alan Swift.

Although he is standing down as secretary, Wyatt-Haines remains as a trustee of the charity. Wyatt-Haines, who lives near Ashburton, said what the Trust has achieved in a relatively short time has been remarkable.

“Over the last eight years, the trust has gone from being an idea in Alan Swift’s head to a charity with a long-term future, over 700 members, money in the bank to invest in cricket in Devon and a history of making investments in cricket right across the county that has benefited hundreds of children.

“It is a great success story and I look forward to seeing it continuing to grow and helping more young people enjoy the great game of cricket."

Wyatt-Haines added: “I am delighted Kat has taken on the role of secretary and it’s clear already that she will bring new ideas and thinking to the Trust.”