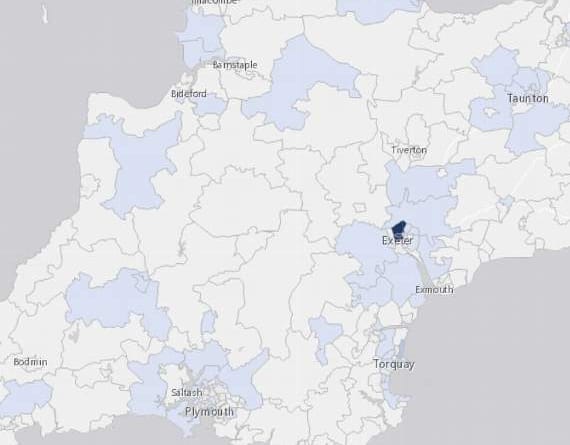 The South Hams has seen a new ’cluster’ of three COVID-19 cases in Woolwell and Lee Mill, official figures show.

Further new clusters of coronavirus cases in Devon were added to the map yesterday – taking the total for the county to 56.

One new cluster in Torbay has been confirmed along one more in Exeter, two in North Devon, two in Torridge, one in the South Hams and three in Teignbridge, now that the MSOA map covers the September 27-October 3 period.

No clusters have dropped off the map in the Devon County Council or Torbay Council areas, although two in Plymouth and one in Cornwall have, with Plymouth seeing two new clusters.

Existing clusters around Exeter have increased, although not as much as in previous days, with only 28 cases from October 3 being added.

But Exeter is not in the territory for any local lockdown, Devon’s director of public health has said, despite the recent rise in cases within the city.

Exeter has been propelled into the top 20 areas of England in terms of infection rates, with its rate jumping from 56.3 per 100,000 people to 262.5 in just seven days.

But with the overwhelming majority of cases linked to the University – and having not spread into the community yet – Dr Virginia Pearson said that the city is not yet facing any wider lockdown measures.